Would you like to switch to the accessible version of this site?

Don't need the accessible version of this site?

Cryotherapy was originally developed in Japan in 1978 for the treatment of rheumatoid arthritis, and the benefits have been studied and refined in Europe since that time. Cryotherapy is now utilized in the United States, and with wonderful results.

Most cryosaunas uses liquid nitrogen, lowering the client’s skin temperature to about 30 to 50 degrees F in a period of two or three minutes. Liquid nitrogen is used to make the cold, but clients are not in direct contact with the gas. Our skin reacts to the cold, sending messages to the brain, and it stimulates regulatory functions of the body, assisting areas that might not be working to their fullest potential.

Cryotherapy is a hyper-cooling process that lowers a person’s skin temperature to approximately 30 degrees F for a period of up to three minutes by enveloping the body with extremely cold air at temperatures ranging from -100 F to -274 F. (Liquid nitrogen is used to cool the body, and reduces inflammation.)

During this time, thermoreceptors in the skin send signals to the brain to send the blood to the core to maintain body temperature with a process called vasoconstriction. Toxins are flushed from peripheral tissues and blood is enriched with oxygen, enzymes, and nutrients. The body activates all of its natural healing abilities and releases endorphins for further benefit.

As the body warms up again, the enriched blood flows back through the body through a process called vasodilation. As a result, whole body cryotherapy is very for athletic recovery and muscle repair, reduction of chronic pain and inflammation, and an overall enhancement of health and wellness.

Cryotherapy involves exposing your body to an extreme cold environment of -150 degrees F and less. This intense cooling induces a number of giant physiologic changes in your body. Initially, as the blood vessels constrict, blood moves away from the limbs and towards the vital organs of the body. This is a protective and natural measure that the body takes in response to extreme cold. In the process, several systems within the body are affected and it is here that the benefits begin.

The immune system increases the white blood cell count causing reduced inflammation and a positive, powerful immune system response. Circulation is improved and water weight is reduced as the circulatory system reacts. The endocrine system jumps into action with an endorphin and noradrenaline release and an increase of “feel good” hormones in the blood stream. A reduction in cortisol has been seen in blood sample studies as well as an increase in testosterone and DHEA. A cryotherapy session induces a total systemic response that offers many advantages: reduced pain, increased recovery, improved muscle strength and hormone production for example.

Ice, when applied to a specific area of the body, reduces inflammation, such as when you have a bruise. Cryotherapy, however, reduces inflammation throughout the body, so that healing can occur in more than one area at a time. If you have an injury on the arm and leg, for example, cryotherapy will automatically target these areas. Cryotherapy also stimulates the vagus nerve, reducing anxiety and fatigue. The vagus nerve is literally the captain of your inner nerve center — the parasympathetic nervous system, to be specific. And like a good captain, it does a great job of overseeing a vast range of crucial functions, communicating nerve impulses to every organ in your body. New research has revealed that it may also be the missing link to treating chronic inflammation, and the beginning of an exciting new field of treatment that leaves medications behind. Stimulation of the vagus nerve also helps reduce anxiety and fatigue. 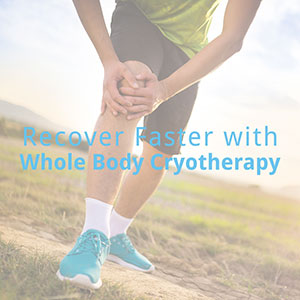 Many athletes use cryotherapy because the treatment can help them recover from their activity. Since joint and muscle strength is increased, athletes can sports-train sooner, improving outcomes. Because the muscles and tissues are not frozen, one can start exercising immediately. Enriched blood flows back through the body, through vasodilation. Unlike ice baths, muscles don’t need time to recover after cryotherapy.

4. Reduction Of Chronic Pain and Fatigue

For those that suffer from chronic fatigue, fibromyalgia or general body pain, cryotherapy reduces both. Some people experience a few hours of relief, while others enjoy a relief that lasts days, and even longer. Each individual is different, so results vary, but most participants feel that three minutes of cold is worth the hours of pain relief later. One study regarding fibromyalgia patients showed that after 15 sessions of cryotherapy, pain levels were improved. 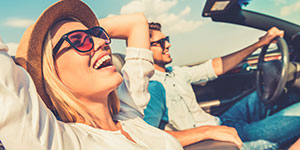 Rather than reach out for antidepressants, many opt for cryotherapy instead. That’s because the procedure releases endorphins into the bloodstream, and one feels their mood increasing after a cryotherapy session. The endorphins interact with pain receptors, reducing pain perception. Cortisol levels are reduced, and one feels, well … happier. 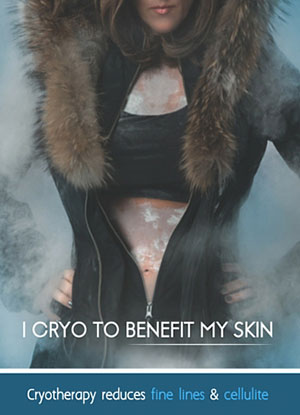 We are now proud to offer this exciting therapy at our clinic. Call today to get started on this incredible journey!